Anyway, I’ve got to know what the fuss is all about.

2012 seemed to be a year of goodbyes. Goodbye to my first baby, goodbye to Richville, and now, goodbye to my car.. I’m starting to dislike the word, and I hope there would be no more anytime soon..

I am working in a company that owns several types of businesses, and one of these is a budget hotel. My desk is actually located just behind its reception, and so I have an idea on how their transactions go daily. One of the more recent issues in question is the Agoda booking. I have personally booked thru Agoda before, and what I know is that, once a guest arrived at the hotel, it is already paid by Agoda. And thats what we all at the office thought. Our previous staff, Abby, handled sales of the hotel, and whenever my boss asked her if Agoda paid already thru bank, she would always say yes. But when Abby got fired because of her too many questionable financial discrepancies, we realized upon checking that no amount goes into our account from Agoda. All of us were wondering, even my boss. But one thing I noticed. No one seemed to do anything about it.
When I realized that what if, not the account number of the hotel was in the Agoda record, what if it was Abby’s, or some previous staff, or may even be direct to the account of our wicked business partner? We would surely all be dead from deception.
Despite my numerous emails and calls to the only contact detail I found on the Agoda site, I haven’t got anything back. Its so frustrating to think we might have been deceived. So what I did was, I started from the beginning of the hotel’s email, I was thinking at some point there maybe some sort of communication between us and Agoda. Sure enough, I found its first email back in 2010. I immediately called the landline I got hold of, even the account executive was not connected to them anymore. Good thing the one assigned to us was friendly and helpful. I relayed our situation to her and I was surprised of what I found out. Our agreement with Agoda is supposed to be like this, a guest arrives at the hotel with an Agoda voucher. Included at the bottom of the voucher is a UPC number which will be manually entered into our card terminal, thus would be the payment of Agoda. Holy guacamole.
And we have never done this since, forever.
Meaning, we have never received a Single cent from Agoda ever since. Not their fault of course. Its so annoying thinking how could nobody here knew anything about that agreement. Abby was such a friggin liar. Telling us that yeah Agoda payments were in, when in reality she might be trying to say I don’t know and I’m too stupid to care. And she had the nerve to cry her sorry fat ass off when confronted by the Board. I was too irritated because of people’s ignorance and deceit. To think this is not even my hotel yet.
I was somewhat proud of what I have discovered. Total payment would amount to nearly half a million and I’m still working closely with Agoda to finish this backtracking. I would consider this my greatest achievement in the head office yet. Hopefully I could be more, in the future.

My seventh, ate’s third, and my parents’ first time in paradise. Boracay is considered one of the best travel destination in the world. I know almost every Filipino and tourists alike wanted to experience a place like this before they die.

I got this deal on CashCashPinoy on March, booked on May, for travel at this time, July. It was a very good deal, 19k for the 4 of us, airfare and accommodation included. I just added 4k for the roundtrip transfer, so it wouldn’t be a hassle on our part, since we would be travelling from Kalibo. Of course I wasn’t expecting our hotel to be like any of the ones I’ve been to. When I stayed in Discovery last summer I went to D’mall to catch a glimpse of what Hey Jude would be like. Like I expected, exterior looked like an apartment, much like a place to just lay one’s head on.
After a 35-minute flight, 2 hour transfer, and a bit of misunderstanding at Southwest tours, we finally arrived at our destination. My first impression shifted then, it suddenly looked like a resort from inside its gate. Looked much better than I expected. Though hallways are plain, no elevator, and rooms have basic amenities, I think this is worthy of its price, considering this is Boracay, and prices everywhere are commercialized. Its location is its major advantage, since it is located inside D’mall, near D’talipapa, restos, shopping and grocery stores.
We finally arrived at 3pm, and my parents were tired from the travel, so we just took our late lunch with the famed Andoks. We walked a little along the beach and settled in our room for the rest of the day. Nanay and I just bought our dinner to go at a new resto also in D’mall called Tilapia ‘n Chips. Our cream dory burger and chicken breast burger tasted ok, though a bit overpriced for about 265 each, served with fries and coleslaw.
We hit the beds shortly and got up early in the morning for our breakfast included in our accommodation. It was a set meal and I chose tapa with sunny side up egg and fried rice, and mango juice for my drink. My parents ate bangus and Ate had hotdogs, something soft for her newly adjusted braces.
We hit the waters after and my parents were so amazed at the powdery sands. It also always never fail to amaze me even though I’ve been here several times. Fine powdery sands and crystal clear blue waters, still the same after 5 years, when I first came here in 2007. We were blessed to be given very nice weather, because it was raining for an entire week before coming here. We took several jumping shots, also in the water coz I brought an underwater camera. We walked along the beach after until we reached the Grotto in Station 1. We took pictures and had some shakes at the also famous Jonas Fruitshakes.
We got back to our hotel and it was lunchtime. We dined at Pancake House because it was my parents first time. It was hot outside so we just stayed in our room for the rest of the day. Nanay, Ate and I walked a bit to catch the late sunset and looked for a place to get dinner. I have wanted them to try dinner buffet by the beachfront like the one we had at Le Soleil 2 years ago. Around 500 per person with various seafoods. But Tatay did not come along with us, so we just ate at a nearby cheap eatery called Big Smoke and had take out for Tatay. Their food tasted ok too, and I especially liked their frozen iced tea. Our last day was spent with a bit of shopping, a bit of swimming. Tatay did not swim anymore coz the weather was different from yesterday, a bit cloudy and chilly today. We checked out from hotel at noon and went out to look for somewhere to have lunch. We walked up to Shakey’s but it was packed so we headed back to D’mall. We ended up having our lunch in a restaurant bar called Epic. Food were expensive, I think my order of Chicken Inasal cost 285 without drink, but tasted real good.
We were fetched by Southwest tours shortly after. Of course my parents were kinda sad to leave, and as early as now they have been requesting to come back for next year. Hopefully we would be back and I’d make sure it’d be via Caticlan. I know Kalibo is only about one and half hour away, but for oldies like my parents, it can get really tiring with too many transfers. Hey Jude is a nice, quiet hotel if you’re on a modest budget. Very nice location, and staff were helpful, too. I forgot to return the power adapter I borrowed from them, and they did not seem to remember, too. I’d considered it as a nice souvenir.
Another memorable getaway with my parents, hopefully next year together with tabs so we’ll be complete. 🙂 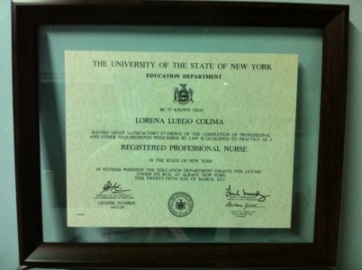 I found this under my pile of docs last night, so I decided to place it in a nice frame and hang it on my wall. Proud of what I have achieved, what I was capable of.
Can’t help the sudden feeling of remorse. 😦

I don’t know, but everytime I think about going to gym dreads me of some sort. Its like I’m always having heavy feet and laziness dawns on me everytime. Maybe the only force that keeps me going is the 2,890 I have to pay every month, locked for a year. Otherwise, there’s nothing, really. I thought that my miscarriage would be the boost that I needed to help me get fit. Or the thought that I may have diabetes, which I pray, won’t happen. Just that I always procrastinate. Everytime I plan to go, something happens, mostly it rains, and I would be discouraged to go. I initially planned on working out every tabs’ duty, when he doesn’t go home. So that would make it around twice or thrice a week, approximately 10 times a month. But on June I just made 2 visits to Fitness First. And I paid 2,890 for that 2 friggin visits.
Why the hell am I such a lazy ass? 😦

Where have I been to have not discovered this earlier? And now I can’t get it off my mind. Blended gelato and butterfinger. Worthy of its 250 tag while lounging in Cafe Maxims. I’ll be lounging everytime. 😛