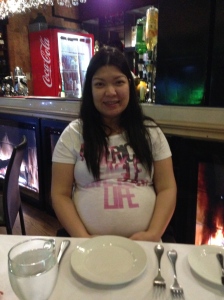 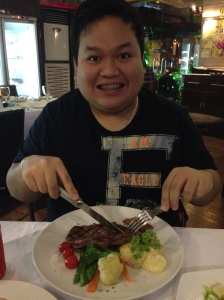 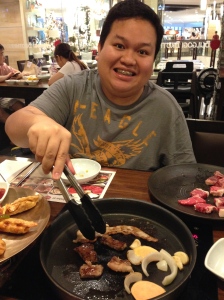 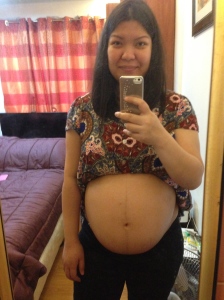 I’ve been worrying for a lot of things recently. I am normally a worrywart, but ever since I gave birth I worry more, especially because it added one more person to my worry list. For more than 2 months now, my world revolves almost only for my newborn child. I know that in ideal world, I should breastfeed her until at least 6 months. Even though it is really difficult, I would love to breastfeed her, directly, until maybe she’s more than 6 months. But I know it is not possible, I know they’ve been waiting for me to go back to work. And pumping breastmilk is getting more and more difficult. On Sophie’s last check up, I asked her doctor about formula. She said I can mix formula to her diet already, since she’s on the lower percentage of the normal weight with her age.
I was a bit sad that she is not gaining enough weight from my breastmilk, although her weight is within normal. She was perfectly fine with my milk, apart from episodes of cough and colds in which she overcame. I know that in time she would also have to take formula. I mean, I won’t really plan to breastfeed until she’s two, right? Its just sad that she won’t be exclusively breasfeeding from me anymore. That she won’t be getting my antibodies enough anymore. And that by the time she’s formula feeding, she can be taken from me by her grandparents for a while, the thought I dislike.
Another thing that worries me is finding a good yaya. I mean, I don’t need one if I don’t have to work, right? I mean, they don’t seem to rush me to go back to the office, but it will come, right? And my plan is, once I find a good yaya, I’d take Sophie to the office along with her yaya, so I can watch over them while I do my stuff. What about leaving Sophie behind with her yaya? Hell no. I’ve seen and heard too many news about yayas hurting their kids. And Sophie is still an infant. I don’t intend to trust people so easily, especially on the welfare of my child.
Sometimes I think I maybe overacting about the things where Sophie is concerned. Maybe because I am a new mother, I don’t really know how things should go, or what I should feel. Sometimes I feel like I know everything, when I’m really clueless. There are times when I get too emotional for no particular reason. Its so hard, really. And I get so tired. Especially when Sophie goes on her tantrums. I know right, only two months and already a brat. Good thing Tabs is here, I’m not sure what I would do if not for him consoling bratty Sophie after I do my own tantrums and become a bratty mom. I never want to hurt her, but good lord I’m so tired sometimes. 😩 I know in time it will get better, but for now I know I have to be strong, patient and be a good mother, right?