Wake me up when this ends

What part of the context these people don’t understand? Do they even know that the topic here is same sex  marriage and NOT LGBT per se? I, for one, respect the LGBT community, but strongly opposes in same sex marriage. Its entirely 2 different things. #idiots

In just over a month my parents-in laws will be having their church wedding. This is their first ever wedding, so we can tell its going to be grand. A lot of people were surprised to know that they weren’t legally married after all these years, but at least after they patched up their legal problems they still decided to marry each other. It maybe true love, after all. Hehe.

We picked out the best suppliers out there imho, since there’s no problem budgetwise. Our photographer, Jiggie Alejandrino is relatively new in weddings, but is a veteran portraitist. At the wedding fair last year, we were thinking of getting Nice Print again, since they document well and has a reasonable price. But we met Jiggie thru Team OSS (4D photobooth) that we also got, and he showed us some of his works, and they looked great and well made.

As Tabs also studied a bit of photography, he said Jiggie knows what he’s talking about. He is very detailed and meticulous, and getting him for the wedding was one of the best decisions we made. He has the best rates too. He included the prenup shoot in his package, and also included our family portrait.

Below are some of the family shots that he took of us, amidst the prenup shoot of my inlaws. These were shot in Las Casas de Filipinas de Acuzar in Bagac, Bataan. It was amazing to see the photos so bright and well lit, because I remember it was so dark during our shoot. And these are not even edited yet. He’s a surprise find, this Jiggie.

We plan on having one or two of these blown up to put up on the walls of the house. You know, kinda like the old houses with portraits of ancestors. Hehe. 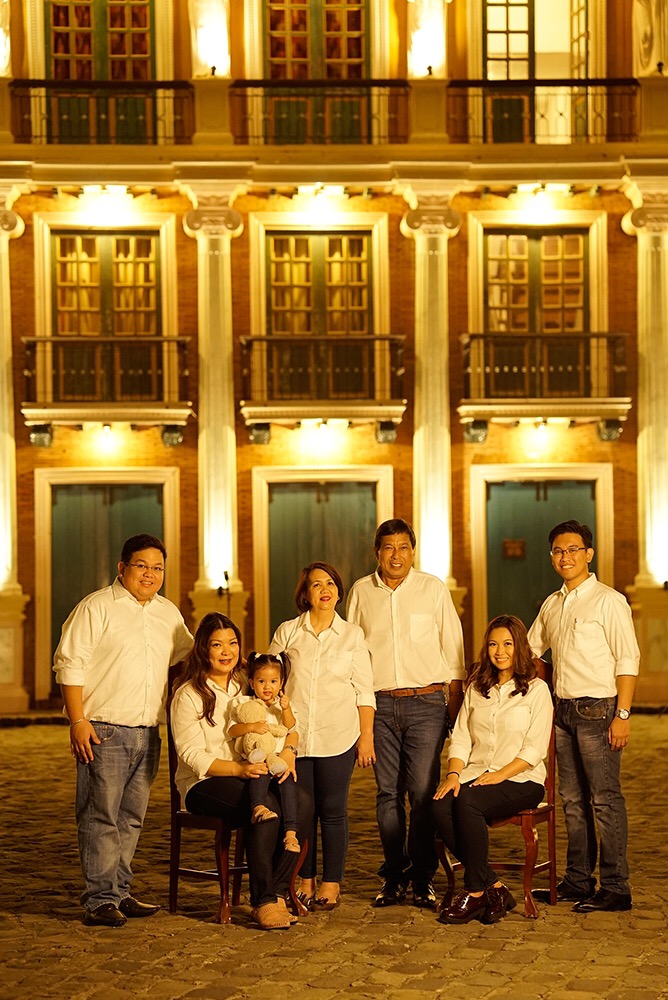 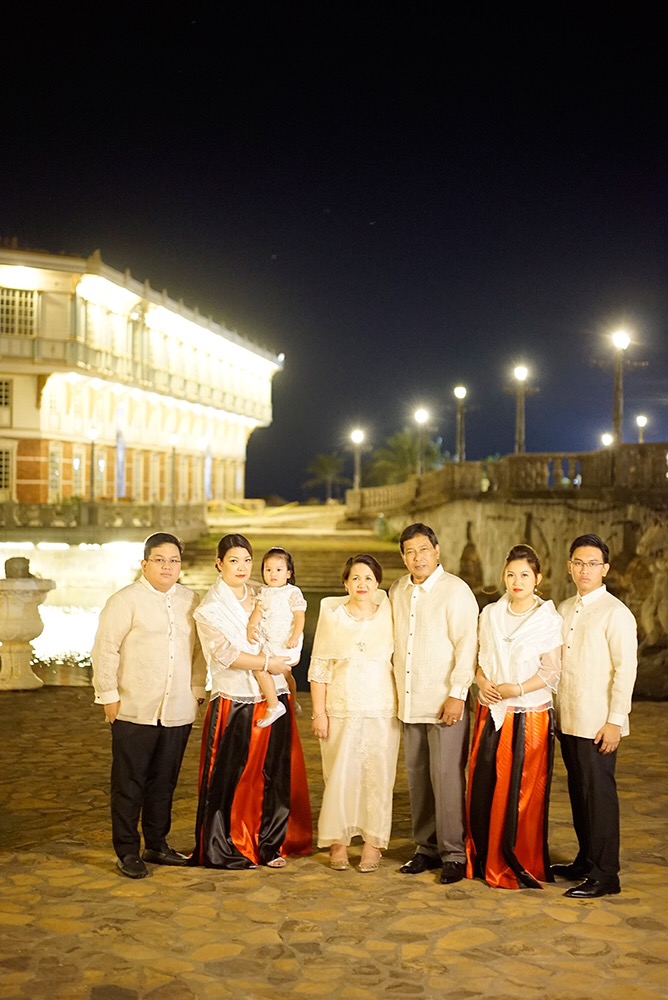 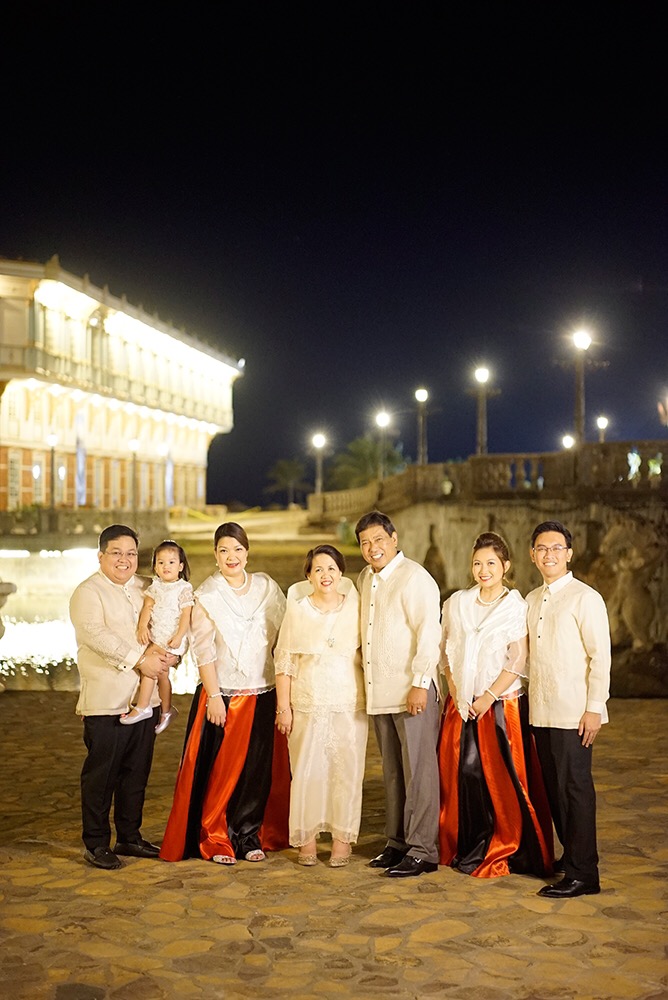 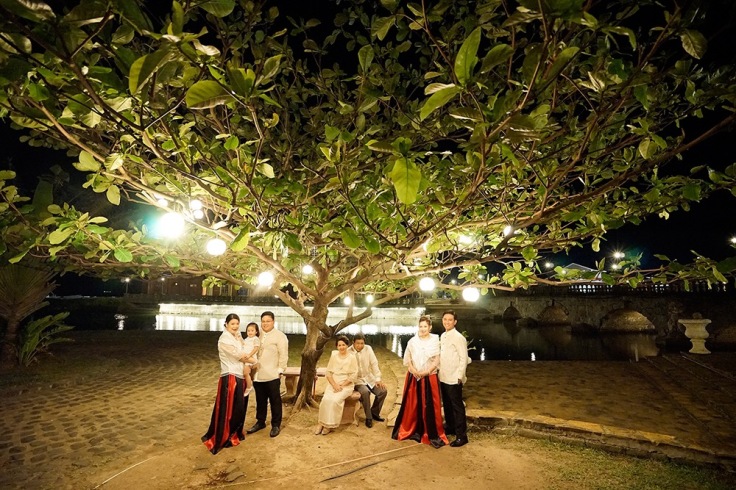 Life is indeed short and unpredictable. I can’t believe that Med, my Ate’s best friend, is at her deathbed right now. She had a preterm birth via CS a few days ago. Something must have gone wrong with her surgery, as she was re-opened for another one and had a cardiac arrest in the process. She was in coma for 3 days and was declared brain dead just this morning. Her family and friends, are still in the state of denial.

I was so affected by her ordeal, because one, apart from being my sister’s best friend, somehow she has become a family friend. Her daughter Mishka, was a flower girl in my wedding. We also went to a run together. The last I saw her was in Sophie’s 2nd birthday. She even greeted me personally in viber last christmas and new year.

And two, because she’s going through what I fear the most – death in childbirth. I never told anyone, but this is the main reason I delayed having a child for such a long time. I’m so scared to die while giving birth. Its such a heartbreaking way to die.

Med, I’m thinking of you. We may not understand God’s plan for you, but if you are to leave, I hope you’re at peace.

**Med has passed the night of Feb 6. Her baby boy is well and ready for discharge. Rest in peace Med. You’re home now.

Nostalgia washed over me as I look at Seunggi’s enlistment photos. Where have all the days gone? Is it that time already?

Can’t help feeling proud that Seunggi has maintained a clean, good boy image through the years. I have picked the best guy to idolize. I may not be an active fan like I used to, but I’m proud of him just the same.

See you after 2 years Seunggi-yah. Make me – and all the Airens – more proud when you get back. ❤️

Protected: Get rid off me